Für Saints Row 3 wurde ein neues Update über Steam veröffentlicht.
Patch-Notes zu Saints Row: The Third:
General • Fixed a situation where the game can sometimes crash when re-entering the Mixtape Menu after adding ALL songs to Mixtape playlist then backing out of the menu. • Fixed the player being unable to select the Kobra with the mouse in the "Pistols" selection of their Weapon Cache. • Fixed a situation where if a player purchases every piece of clothing, the Wardrobe menu may become unresponsive or some clothing items may vanish. • Fixed an issue where the RC Gun Self-Destruct button can become unresponsive if a user binds the "Grenade Toss" action to the non-default key. • Fixed a situation where if a player maps a QuickTime Event button to Mouse 4 or Mouse 5, the QTE may not show the correct button. • Fixed a situation where the "Activate Cheat?" prompt can sometimes fail to warn a user that their auto-save will be disabled when cheats are activated. • Fixed a freeze where if a player is using a controller, and attempts to get back into the game by pressing the "Start" button while in the control schemes menu. • Added multiple voice chat optimizations during online and LAN play. • General sound optimizations.
Eyefinity Specific • Fixed a situation where if a player is at Saints HQ and zooms in with sniper rifle, graphical corruption can occur when moving the camera. • Corrected issues related to UI items being cutoff at 3840x1024 resolution.
Co-Op Specific • Added a correction for the "Partners in Crime" achievement not properly tracking all user progress in co-op. • Centered the "UP" button during "Tiger Escort", when a client’s computer is asked to "scratch the tiger". 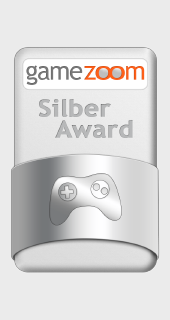